A major lawsuit against Tiffany Haddish and Aries Spears has been dropped.

In August, the comedians were accused by a 22-year-old anonymous plaintiff identified as Jane Doe in court documents of forcing her and her younger brother to perform in two sexually suggestive comedy skits when they were minors.

Now, a court document obtained by NBC News and a representative for Haddish have confirmed that the case was dismissed on Sept. 20 after Jane Doe filed the paperwork for dismissal. Reps for Jane Doe did not immediately respond to TODAY’s request for comment, but did issue a statement.

“My family and I have known Tiffany Haddish for many years — and we now know that she would never harm me or my brother or help anyone else do anything that could harm us. We wish Tiffany the best and are glad that we can all put this behind us,” she wrote in the statement, TMZ reported.

Spears did not respond to TODAY’s request for comment on Sept. 20.

In a lawsuit filed Aug. 30 in Los Angeles Superior Court on behalf of herself and her younger brother, who is a minor, Jane Doe accused the “Girls Trip” star and the former “MADtv” star of intentional infliction of emotional distress, gross negligence, sexual battery, sexual harassment, and sexual abuse of a minor. Haddish was also accused of negligent supervision/failure to warn, breach of fiduciary duty, and constructive fraud.

The lawsuit was first reported by The Daily Beast on Sept. 1.

In response to the lawsuit, Debra Opri, the attorney for Spears, told NBC News, “He isn’t going to fall for any shakedown.”

Haddish’s attorney, Andrew Brettler, also told NBC News at the time that Jane Doe’s mother had “been trying to assert these bogus claims against Ms. Haddish for several years. Every attorney who has initially taken on her case — and there were several — ultimately dropped the matter once it became clear that the claims were meritless and Ms. Haddish would not be shaken down.” 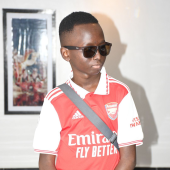