Just weeks after singer yohan254 revealed that he was working on a song that called for forgiveness from his mother after they had a little disagreement, he returned with an afrobreat influenced love song dubbed Monica.

The singer hails from the scenic Kilifi county known for its scenic & pristine beaches has been on the frontline of representing his county with good music and has already released a couple of songs.

The songs have put him on the musical map not only in his coastal home ground where he hails from but as well as on the national limelight with Monica being his latest installation.

Monica is a romance-influenced hymn that sets about with the vocal Yohan as he narrates why he is bamboozled with the beauty of a lady by the name of monica with whom he is head over heels.

He declares his undying love for her pledging never to hurt her but take care of her like the jewel she is on a catchy yet danceable afrobeat song.

The ballad can be streamed on all the digital music platforms and will be part of his up-and-coming Ep which is on its final touches. 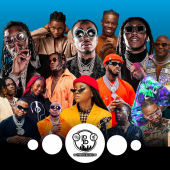